Third House is a triangulation of works by Spriggs (UK), Nieminen (FI) & Cooper (UK/US), three female artists who met in the Orkhon Valley of Mongolia. The trio share a site-specific interest in humans’ relationship to animals and nature; they explore and reconfigure the human desire to organize and control a given territory.

All three artists traveled to Mongolia as part of LAM 360 degrees, the third Land Art Biennial. They took different approaches to making work as visitors to this landscape, responding to the site and the people they found there through subtle, performative and subjective interventions. The resulting installations, interactions and gestures have developed through a re-working of primary documents extracted from the site: documentary video, photography, collage, writing and maps.

Spriggs, Nieminen & Cooper share interests in the specific relationships formed between nomadic people and their herds of animals. These modes of communication, control and collaboration with animal herds have evolved through a history of animal husbandry and the negotiations involved in close cohabitation of land and territory. The works exhibited in Titanik provide an opening into the foreclosed “middle kingdom” of nomadic perspectives, and the processes of translation and transition that allow these perspectives to travel locally and (if only partially) internationally as art. The artists collectively inhabit Titanik as the Third House proposed by Anselm Franke: “Everything happens in the middle, everything passes between the two, everything happens by way of mediation, translation and networks, but this space does not exist, it has no place. It is the unthinkable, the unconscious of the moderns.” [1]

The works in the exhibition have their origins in intimate contact with the Mongolian landscape and the systems of cohabitation and control that its inhabitants have created over time. The artists each translate those systems into different visual languages and spatial arrangements, employing a mixture of diagrams, charts and framings to explore the dynamics of the Mongolian landscape and its inhabitants’ nomadic pastoral way of life. In doing so Spriggs, Nieminen and Cooper work against the gigantic effort of purification responsible for the organization of the social and natural into increasingly separate domains—”an effort whose official languages have systematically obscured the work of translation“; a “middle kingdom… as vast as China and as little known”. 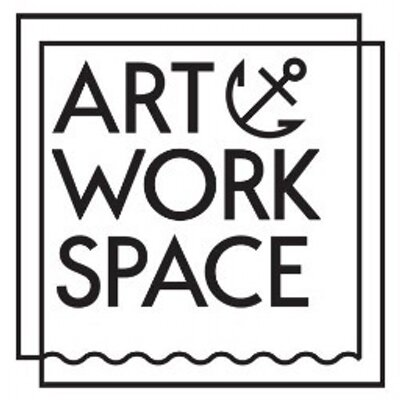 Nieminen’s work is dealing with the cultural dependence of the relationship between human and horse. We breed horses but do we unconsciously change them as well with our behaviour? In the western world we often anthropomorphize horses, we project our human emotions, behaviour or personalities onto our horses. Does this phenomenon mold the behaviour and personalities of horses and consequently alter their genetics over time?

According to one theory the breed Finnhorse (Suomenhevonen) has some origins in Mongolia. A research made in 2014 stated that the closest genetic relatives of Finnhorse are the Estonian horse, Mezen horse from Archangelsk, Russia, the Siberian Yakutian horse and the Mongolian Przewalski’s horse.

Nomadic Glow is the name of a shade of domestic wall paint. This dusky pinkish-white paint, when compared with Mongolian nomadic naming system for horse’s coat colours, is called ‘Tsenhker’ in Mongolian.

Laura Cooper’s project Nomadic Glow, A Colour Poem for Hyesous’ Herd attempts to record—in a deliberately limited, schematic fashion—the elaborate naming system that nomadic herdsman use to identify each individual horse in their herd, which is based on their nuanced perception of horse coat colours. The result of this translation is a colour poem of sorts.

When visiting the Mongolian Steppe, she brought with her a range of industrial paint colour chips and invited Hyesou—a local nomadic herdsman—to match the horses in his herd through this limited selection of paint colours. There are over 200 terms in Mongolian language specific to horses’ coat color; the language has fragmented and evolved so that each member of a large herd of horses can be identified primarily by colour and markings. This precision and the herders’ nuanced perception of colour are the result of the intimacy between man and animal and their bond within this specific landscape and way of life. The colour of any particular horse in Hyseou’s herd is differentially defined in relation to those of its cohort, and so the naming system has evolved to create ever more precise gradations of colour to distinguish each horse from its companions. To add to the complexity, the colours of this particular herd can also only be understood in relation to shifting perceptions of colour and light in Mongolia’s Orkhon Valley.

The installation in the gallery is made up of video, sculpture, colour charts and text. The artist creates an intersection between two drastically different naming systems in her attempt to document and organize Hyseou’s herd into a colour chart.

‘Luck in the Double Focus’ twists a seminal artwork by Joseph Beuys into the form of a Mobius-strip-comic.

In I Like America and America Likes Me (1974) Beuys the artist lived alone in a gallery with a wild coyote for three days and nights. Coyotes themselves hold mythic status in the USA, featuring in indigenous folklore, lending their name to illegal cross-border traffickers, and appearing in news reports for their opportunistic encroachment into human cities. This trickster identity is also appropriated by anthropologist Roy Wagner in his book ‘Coyote Anthropology’ (2010). Here Wagner converses with his animal-side through the figure of a philosophically adept coyote.

In Luck in the Double Focus Hermione Spriggs overlays these works from art and anthropology. In doing so a third actor emerges: the crooked walking stick, brandished by Beuys and bitten by Coyote. In Luck in the Double Focus, Beuys and Coyote examine their own species’ identities and their relationship to culture and language, whist Beuys falls increasingly in love with his stick – his separating device, his bipedal tool, his human identity prop. It is thanks to the stick that lies in between (in this sense the stick is an analog to language itself) that Coyote can be held at bay, just long enough for the couple to converse around the universal dilemma surrounding our relationship to ourselves as human-animals.

Exhibited in tandem with Luck in the Double Focus, UURGA SHIG documents the worldview of another stick. For the Land Art Mongolia Biennial (2014) Hermione Spriggs co-habited with a pole lasso called the ‘uurga’. She attempted the impossible task of becoming this lasso, which is used by herdsmen to reign in wild horses on the Mongolian Steppe and to communicate with the horses they are riding. The uurga lasso also extends further into human language and practices of fortune – for instance to be uurga-shig (literally “lasso-like” in Mongolian) refers to the practice of a man chasing a woman into marriage. The resulting work shown in Titanik teases and inverts the assumptions of permanence associated with Western land art, and reflects upon the artist’s primary association with the lasso that is native to the Adobe Photoshop toolbar.

Presented as a two-channel video captured from the point of view of both the rider and the horse at once, here the viewer is invited to step into the space of the lasso, negotiating between the perspectives of human and animal.

Filmed in Mongolia with thanks to anthropologist Rebecca Empson and the Emerging Subjects of the New Economy research group at University College London.